The Nebtown Gazelle: The Alarming Issue of Diabeetus

[Yes Gazelle as in an antelope thing. Fuck gazettes.]

Diabeetus formerly thought to have been solely U.S related may spread to

Canada. Bringing along a new type of Wilfred Brimley.

Recently Canadians have been put through a lot of stress via global means, but not

by anything we've ever done because Canadians are hella fuckin balls-to-the-wall awesome. This time however the damage hits closer to home. Yes im talking about Diabeetus, beetus, beetus, beetus, beetus. It seems that thoroughout all the worrying of the LHD becoming Black Mesa, the economy asploding, and the polar icecaps melting were definately going to blow ourselves up. The main problem is that while panicing, running around in a WTF-like state many were cramming their

faces to avoid our problems. However sugary sweets leads to the Diabeetus. Diabeetus is not gud. As a sole leader of Diabeetus information the Nebtown team went and discussed the matter with Wilfred Brimley. He had this to say. "If you have Diabeetus, Beetus, Liberty can help." he also further remarked. "Liberty makes it easy, Diabeetus, beetus, beetus, beetus, beetus-beetus." The initial wave of diabeetus has already hit Canada, and the only thing now to begin is prevention. Popular methods include doing multiple barrel rolls, 1. Not eating too much sugar dumbshit. 2. ??? 3. Profit, and of course the already well 30, and 2 exercise. For a full list visit our sponsor. Diabeetus is slowly becoming the worlds number one health condition, and if Canadians don't act fast it may soon surpass Zombies. The result of Diabeetus is shown here. 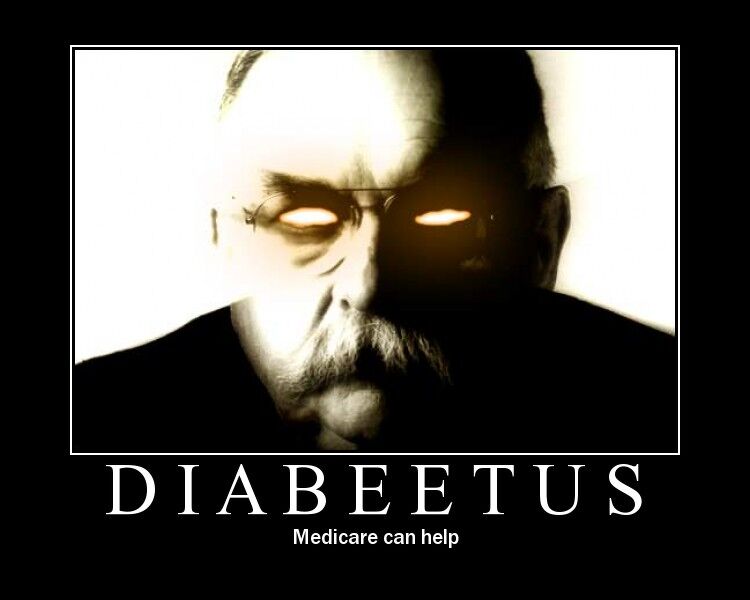 Back To The Gazelle

Community content is available under CC-BY-SA unless otherwise noted.
Advertisement